Fingerprint examination is another area where 3D printing may prove to be useful. Small scanning systems such as those created by FlashScan3D5allow for a suspect’s fingerprints to be captured fully in 3D. Although fingerprints at crime scenes are traditionally captured through the use of powder and tape, they are eventually scanned or photographed as a high resolution image. The source of the prints (i.e. parts of the fingers and palms) are all curved and contain highly detailed ridges and pores. The resultant 3D model is able to capture all the ridge detail and can be used for investigative comparison purposes. (Figure 4).

While in court, a fingerprint examiner could use a large replica of a suspect’s fingerprint to make identifications and comparisons by color coding certain ridge features (such as islands, crossovers, and bifurcations) and matching them to a found print at a crime scene. Jurors benefit by being able to easily visualize the 3D replica and they have the benefit of haptic perception.

Fingerprints are a good example of where we take something small and create it at a much larger scale to bring out specific details which would normally not be easily visible by the naked eye. Fingerprint examiners in training benefit similarly from having the ability to easily visualize and “feel” what an enlarged 3D replica of a person’s finger looks like before making a flat print comparison. 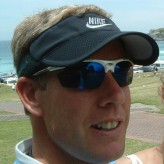